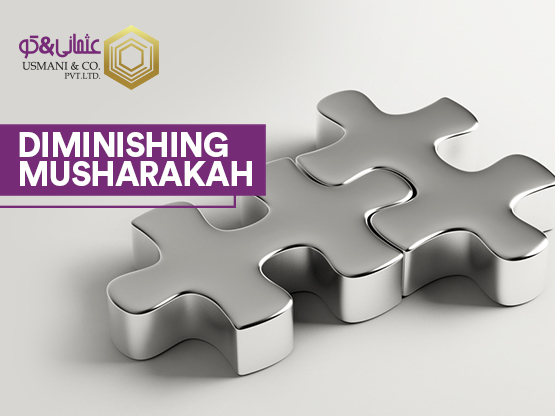 The concept of Diminishing lsharakah

Another form of Musharakah, developed in the near past, is the ’Diminishing Musharakah’. According to this concept, a financier and his client participate either in the joint ownership of a property or equipment or in a joint commercial enterprise. The share of the financier is further divided into a number of units and it is understood that the client will purchase the units of the share of the financier one by one periodically, thus increasing his own share until all the units of the financer are purchased by the client so as to make him the sole owner of the property, or the commercial enterprise, as the case may be.

The diminishing Musharakah based on the above concept has taken different forms in different transactions. Some examples are given below:

This arrangement allows the financier to claim rent according to his proportion of ownership in the property and at the same time allows him a periodical return of a part of his principal through purchases of the units of his share.

Home Financing on the basis of Diminishing Musharakah

The proposed arrangement is composed of the following transactions:

Steps In detail of the arrangement

However, the proposed scheme suggests that instead of making two transactions conditional to each other, there should be a one-sided promise from the client, firstly, to take a share of the financier on lease and pay the agreed rent, and secondly to purchase different units of the share of the financer of the house at different stages. This leads us to the fourth step, which is the enforceability of such a promise.

On the basis of this analysis, diminishing Musharakah may be used for Home Financing with the following conditions:

The second example given earlier for diminishing Musharakah is the joint purchase of a taxi for using is as a hired vehicle to earn income. This arrangement consists of the following elements:

The third example of Diminishing Musharakah as given above that the financier contributes 60% of the capital for starting a business of ready-made garments, for example. This arrangement is composed of two elements only:

Therefore, there are two options for the financer about fixing the price of his units to be purchased by the client.

Although both these options are available according to the principles of Shariah, the second option does not seem to be feasible for the financer, because it would lead to injecting new partners in the Musharakah which will disturb the whole arrangement and defeat the purpose of Diminishing Musharakah in which the financier wants to get his money back within a specified time period. Therefore, in order to implement the objective of Diminishing Musharakah, only the first option is practical.

DISCLAIMER: Copyrights are reserved by Usmani and Co.