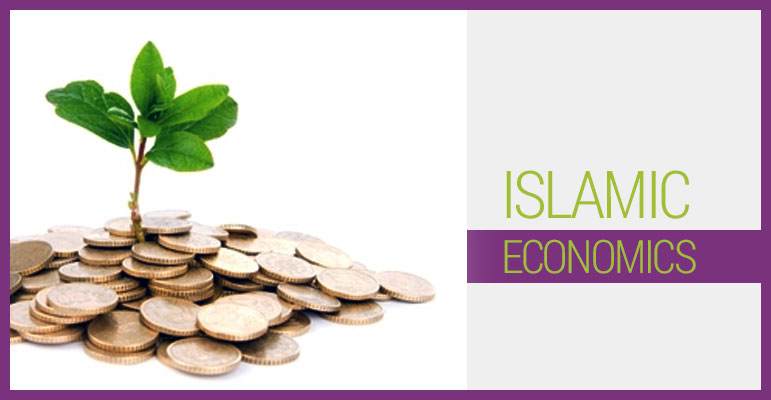 One of the forms of capitalism, that has been flourishing in non-Islamic societies in the world is the interest-based investment. There are normally two participants in such transactions. One is the investor who provides capital as on loan against interest and the other is the manager who runs the business. The investor has no concern whether the business runs into profit or loss, he automatically gets an interest (Riba) in both outcomes at a fixed or variable rate on his capital. Islam prohibits this kind of business, not in the form of some moral teaching but as the law of the land in Islam.

It is very important to know the definition and forbiddance of Riba and the injunctions relating to its unlawfulness in all respects. One hand, there are several warnings in Islam against it and on the other, it has become an integral part of the world economy today. The desired liberation from Riba seems to be infested with difficulties as the problem is very complex, detailed oriented and has to be taken up in all possible aspects.

First of all, we have to liberate into the correct interpretation of the Quranic verses on Riba and what has been said in Authentic Ahadith and then determine what Riba is in the terminology of Quran and Sunnah, which transactions it covers, what is the underlying wisdom behind its prohibition and what sort of harm it brings to the society. We will start by looking at the economic philosophy of Islam vis-a-vis interest.

The economic philosophy of Islam has no concept of Riba because according to Islam, Riba is the curse in society, which causes wealth to accumulate among handful of people and it results inevitably in creating monopolies, opening doors for selfishness, greed, injustice and oppression.

In an interest-based economy, deceit and fraud prosper in the world of trade and business. Islam, on the other hand primarily encourages highest moral ethics such as universal brotherhood, collective welfare and prosperity, social fairness and justice. Due to this reason, Islam renders Riba as absolutely Haram and strictly prohibits all types of interest-based transactions. The prohibition of Riba in the light of economic philosophy of Islam can be explained vis-a-vis distribution of wealth in a society.

The distribution of wealth is one of the most important and most controversial subjects concerning the economic life of a man, which has given birth to global revolutions in today’s world and has affected every sphere of human activity from international politics down to the private life of the individuals. For many a century now, this question has not only been the center of fervent debates, but also of armed conflicts. The fact, however remains that whatever has been said on the subject without seeking guidance from Divine Revelation and relying merely on human reason has had the sole and inevitable result of making the confusion worse confounded.

Islamic perspective of distribution of wealth

Here I would like to convey the point of view of Islam regarding distribution of wealth as extracted from the Holy Quran, the Sunnah and writings of the Shariah research scholars. But before explaining the point, it is imperative to clarify certain basic principles which distinguish the Islamic point of view about economies from the non-Islamic point of view.

No doubt, Islam is opposed to monasticism, and views the economic activities of man quite lawful, meritorious, and sometimes even necessary and obligatory. It acknowledges the economic progress of man, and considers a lawful and righteous livelihood an obligation on every individual. Notwithstanding all this, it is no less a truth that it does not consider “Economic activity” to be the basic purpose of man, nor does it view economic progress as the be all and end all of human life.

Many misunderstandings about Islamic economics arise just from the confusion between the two facts i.e considering economies as the ultimate goal of life and further considering it as a necessity in order to have a prosperous life through lawful means. Even human logic can comprehend to show that an activity being lawful, or meritorious or necessary is different from it being the ultimate goal of human life and the center of thought and action. It is, therefore, very essential to make the distinction as clear as possible at the very outset. In fact, the profound, basic and far reaching difference between Islamic economics and materialistic economics can be summarized as:

According to materialistic economics:

While according to Islamic economics:

“Livelihood is necessary and indispensable, but cannot be the true purpose of human life”.

So, while we find in the Holy Quran, the disapproval of monasticism and the order to:

At the same time, we also find the Holy Quran to restrain from the temptations of worldly life. And all these worldly things in their totality have been designated as “Ad-Dunya” (“the mean”) – a term which, in its literal sense, does not have a pleasant connotation.

Apparently, one might feel that the two commands are contradictory, but the fact that according to Quranic view, all the means of livelihood are no more than just stages of man’s journey, his final destination lies beyond them. The success in this ultimate destination is achieved by good intentions and through rightful means of earning livelihood in this world.

The real problem of man and the fundamental purpose of his life is the attainment of these two goals. But one cannot attain them without trans-versing the path of this world. So, all those things too which are necessary for this worldly life becomes essential for man. It comes to mean that as long as the means of livelihood are being used only as a path leading towards the final destination, they are the benevolence of Allah, but soon as man gets lost at the mazes of this pathway of allows himself to forget his real destination, the very same means of livelihood turn into a “temptation” and into a “trial”.

“And be aware that your possessions and your children are but a trial” (8:28)

The Holy Quran has enunciated this basic truth very precisely in a brief verse:

“And seek the (betterment of the) Ultimate Abode with what Allah has given to you” (28:77)

This principle has been stated in several other verses too. This attitude of the Holy Quran towards “the economic activity” of man and its two aspects would be very helpful in solving problems of man in Islamic economies

The other fundamental principle, which can solve the problem of the distribution of wealth, is the concept of wealth in Islam. According to the illustration in the Holy Quran, “wealth” in all its possible forms is a thing created by ALLAH, and is, in principle HIS “Property”. ALLAH delegates the right of his property over a thing which accrues to man, to HIM. The Holy Quran explicitly says:

“ Give to them from the property of ALLAH which he has bestowed upon you” (24:33)

According to the Holy Quran, the reason for this philosophy is that all a man can do is invest his labor into the process of production. But, ALLAH alone, and no one else, can cause this endeavor to be fruitful and actually productive. Man can do no more than sow the seed in the soil, but to bring out a seedling from the seed and make the seedling grow into a tree is the work of someone other than man. The Holy Quran says:

And in another verse:

“Did they not see that We have created them from little cattle, among things made (directly) by Our hands, and then they become their owners?” (36:71)

All these verses throw ample light on the fundamental point that “wealth”, no matter what its form, is in principle “the property of Allah”, and it is He who has bestowed upon man the right to exploit it. So Allah has the right to demand that man should subordinate his exploitation of this wealth to the commandments of Allah.

Thus, man has the “Right to Property” over the things which he exploits, but this right is absolute or arbitrary or boundless, it carries along with-it certain limitations and restrictions, which have been imposed by the real Owner of the wealth. We must spend it where ALLAH as commanded it to be spent, and refrain from spending in where ALLAH has forbidden. This point has been clarified more explicitly in the following verse:

This verse fully explains the Islamic point of view on the question of property. It places the following guidelines before us:

This is what distinguishes the Islamic point of view on the question of property from the Capitalist and Socialist point of view. Since the mental background of Capitalism is (theoretically or practically) materialistic, it gives man the unconditional and absolute right of property over his wealth, and allows him to employ it, as he likes. But the Holy Quran has adapted an attitude of disapprobation towards this theory of property, in quoting the words of the nation of Hazrat Shu’aib (Peace be Upon Him). They used to say:

“Does your Salah (prayer) command you that we should forsake what our fathers used to worship or that we should not deal with our wealth as we please?” (11:87)

These people used to consider their property as really theirs or “Our Property” and hence the claim of “Doing what we like” was the necessary conclusion of their position. But the Holy Quran has, in the chapter “Light” substituted the expression “Our Expressions” for the term “Property of Allah”, and has thus struck a blow at the very root of Capitalistic way of thinking. At the same time, by adding the qualification “What Allah has bestowed upon you”, it has cut the roots of Socialism as well, which starts by denying man’s right to private property. Similarly, a verse of the chapter “Seen”, explicitly affirms the right to private property as a gift from ALLAH.

Difference between Islam, Capitalism and Socialism

But the truth however, lies between these two extremes i.e. Islam admits the right to private property but does not consider it to to be an absolute and unconditional right that is bound to cause “disorder on the earth”.