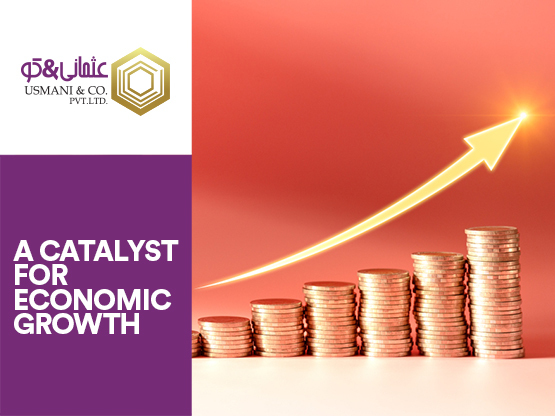 The buzz words these days are ‘shared prosperity’, whether it is the promise of what ‘blockchain technology’ will bring in or the World’s Bank vision for a poverty less world.

Shared prosperity is one in which when an economic development takes place, it is reflected in all segments of the society and is not just merely an increase in GDP. Therefore, ultimately reducing income inequality.

Some prominent facts that gives rise to such arguments are the following;

“In the United States, the wealthiest 1 percent has captured 95 percent of growth since 2009, while the bottom 90 percent has become poorer. “ (Source: Working for the Few 2014)

By contemplating the above facts, it is evident that the current economic and financial system has brought about concentration of wealth in the hands of few.

What has led to such inequalities of wealth?

One definite answer is not adapting to risk sharing modes of financing but instead one that is based on riba(interest). The following example will further clarify this point.

However, if the above scenario was based on a risk sharing mode of financing like partnership where profit was shared with the depositors there would have been more equality.

“The bottom half of the world’s population owns the same as the richest 85 people in the world.”
(Source: Working for the Few 2014)

In conventional financial system, when a businessman borrows money and the business fails, he does not only bear the loss of the whole business but also must pay interest to the lender. However, if the business makes a profit, the major part of the profit is kept by the business and only a small proportion (a fixed percentage) is handed over to the lender. Hence, in both scenarios interest-based system is an injustice to either the borrower or the lender.

Islam does not recognize loans as income generating transactions. A loan (Qarz Hassan) can only be given as an act of sympathy to help a brother in need or in order to save ones’ principal in either case the lender cannot claim an extra amount over and above the principal. However, for commercial transactions, partnerships are encouraged where not only the risks are shared but also the profits. Both the parties undertake a joint venture in which case outcomes are shared on a fair basis.

Risk sharing with equitable risk sharing mechanisms encourages innovation and creativity since both parties receive their fair due and leads the way to entrepreneurial mindset for individuals of the society. Risk sharing mechanisms also takes an economy further away from debt financing thus deleveraging the financial system and making it less prone to economic shocks.

However, risk sharing methods of business and prohibition of Interest is just one of the factors that helps eliminate income inequality and one that supports shared prosperity.

The World Bank Group defines promoting shared prosperity as boosting the incomes of the bottom 40 percent of the population in every country.

Trustworthy governance and leadership along with institutional framework that is based on maqasid al shariah such as justice, freedom of religion and protection of life, intellect, posterity and wealth are further pre-requisites in Islam for shared prosperity.

Islam proposes an entire system of redistributive instruments such as Zakat, Qard Hasan(loan), waqf (trust), inheritance laws, and sadaqat (charity) that helps eliminates inequality of wealth and caters to the bottom 40% of the population. Thus, these core economic institutions of Islam help those who have been unable to participate in the production and consumption in the market either through labor or access to resources and can redeem their rights through these redistributive systems.

According to a report by World bank group titled, poverty and shared prosperity 2018,

“The number of poor worldwide remains unacceptably high, and it is increasingly clear that the benefits of economic growth have been shared unevenly across regions and countries. Even as much of the world leaves extreme poverty behind, poverty is becoming more entrenched and harder to root out in certain areas, particularly in countries burdened by violent conflict and weak institutions”

In conclusion, risk sharing and redistribution of wealth are the fundamentals of Islamic economic and financial system that brings about shared prosperity and one that has been revealed by the Supreme Creator. They are the major ingredients for any prosperous economy and one which differentiates itself from the conventional financial model.