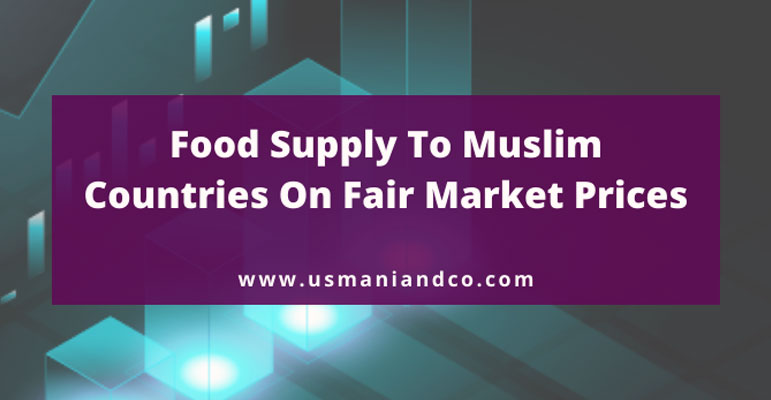 In the name of Allah the entirely merciful the special merciful.

All praise belongs to Allah who is Lord of all the Worlds.

Grains, particularly wheat is one of the most important necessity for human beings. When gold and silver coins or currency did not exist in ancient times, people used to trade these though barter. Therefore, when Prophet (peace be upon him) prohibited loan/credit in silver and gold and their exchange of homogeneous with excess or premium and it was considered as Riba being used as currency their quality was irrelevant because of their intrinsic value at that time, similar to the gold and silver the Holy prophet SAW prohibited exchange on in equal quantity of some other commodities like weat /grain, barley, dates, salt, as they were used as medium of exchange in the ancient era of barter and were considered as gold and silver and the qualities also were considered irrelevant while exchange homogeneously in excess was also considered as RIBA. Because they could serve as a medium of exchange, such as gold, silver.

In short gold silver, wheat, Dates, salt, their homogenous trading, was considered same like as in currency and their unequal homogeneous exchange of the commodities was declared to be a type of Riba and almost all Shariah rulings which pertained to silver and gold were legislated for these commodities as well, which are following:

There are some other guideline with respect to trading in grains which is meant to create smooth supply and distribution of food product on fair market rate, for example in auction Najash ( شجن ( is disliked, it means someone bids in auction to raise the price without any intention to buy it, likewise Talaqi Al Jalab, یقلت بلجلا is discouraged which means to stop the Carwan at the outskirts of the city and town and purchase the merchandise over there without allowing them to enter the city and sell the merchandise on fair market rate, to prevent its storage /hoarding ( راکتح ا ( with the intention to create shortage and demand and onward selling on higher rates.

It is not allowed to sell anything before its ownership and possession, likewise future or forward trading, sale of debt with debt or stipulation of any condition which is against the norm of market and in favor of anyone involved in the trading, or to contingent the contract on occurring any future event, or there is any such uncertainty, ambiguity, for example price is not known or merchandise is not known, which could lead to dispute, or there is any sort of gambling, lottery or fraud, all these prevention are meant to avoid unfair distribution of wealth in the society, and cruelty against the human beings which will result in outbreak in the World.

Food product trading is very important all over the World, because it pertains to basic needs of human being, currency is just medium of exchange, and currency itself should not be traded like other commodities, its excess against the commodities leads to inflation, expensiveness and high prices.

Russia is the largest exporter of the food grains. Socialism, which was emerged due to the defects and evils of Capitalism, failed because it was against the nature and Shariah, similarly capitalism, is also creating inequality and injustice or unfair distribution of wealth in the society because it is based on the elements which are against the nature and Shariah, wealth is concentrated in the hand of few rich which is not liked by Islam, and poor is get poorer due to these prohibited transactions such as RIBA, Gharar (uncertainty) void contracts (uqood fasidah and Batilah) and Maysir ( speculative transactions such as gambling) and as mentioned above.

If guidance is sought from Islamic Economic System, it has potential to eliminate all these evils, poverty and leads to fair distribution of wealth.

Russia has come forward in this regard and a Russian university has conducted a research to analyze how food product could be supplied safely to common people on fair prices, and farmer, trader and investor could be enabled to trade in compliance with Shariah principles so food products could be distributed to consumer on fair market price. And steps should be taken on international level on food safety, security and its distribution to increase trading scale and investment in this sector.

In this regard, a higher authority in Russia, HSE-Skolkovo Institute for Law and Development has directed a large Russian university to conduct research on the subject, formulate a strategy, and outlines for the same. For this purpose they have contacted us and first of all they invited my honorable father to support them for this cause, I personally travelled with my father to visit this region particularly Uzbekistan. In this journey we met with some Russian professors who were already acquainted with me and they already had my book on that topic which they were referring for guidance in this regard

After the journey when we came back, because of busy schedule of my father, they invited me to further work on the subject to further clarify the initial picture, define the outline and present it before Islamic Scholars, traders and bankers to look into its implementation.

For this purpose, on November 2-3, 2019, a session chaired by Justice Rtd. Mufti Muhammad Taqi Usmani and other distinguished speakers and panelist’s and it was allocated in a conference which was scheduled with the support of Bahrain based institution AAOIFI and World Bank and we were asked to support in inviting the relevant participants, stakeholders etc., In response we worked several months to design outline and conducted the session and Alhamdulillah it received very positive response and a number of players showed their interest in the project.

During this conference several meetings were held with a Russian delegation to convey the concept and purpose of this project and its practical implementation was discussed, and Alhamdulillah! The event went very successful. We also met with the several large investors to discuss the investment opportunities and building infrastructure for food trading in Shariah compliant manner.

In next stage, we will be discussing Sukuk Issuance, setting deals with grains traders, importers and exporters and preparation of documentation for the same, which will take enough time and hard work which if completed with the commitment and integrity, it will be very big achievement insha’allah. Since Russia is the largest grain exporter, to the successful implementation of this project, will set a good example for other countries Insha’allah. We pray for the success of this project and its acceptance in the sight of Allah Subhanahu Watalal. Allah (Subhanahu Wata’ala) may make it easy for us. Ameen.

April 7, 2021/352
Welcoming Ramadan with the Realization of SDGs through Islamic Finance